The Origin of Broken Wings

I got to reading this article one day about the fourth of July, and the irony that here we are setting off fireworks to celebrate our freedoms, and those that have been willing to give all to protect and preserve those freedoms are sometimes can be adversely affected by our actions. 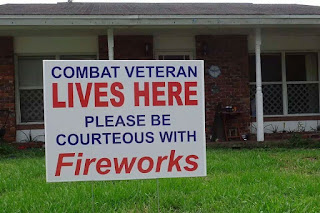 So many people never stopped to think about our veterans suffering from PTSD and the effect that loud noises and flashing lights, like those of fireworks, can act as triggers. That as neighbors we need to be aware of how our actions can affect them.

It wasn't until I was reading the article that I realized how truly insidious PTSD can be.

This really got me to thinking, because while I had been aware of PSTD thanks to popular culture (i.e. TV and movies) I didn't really know a lot about it. So I started researching, and reading up exactly what is PTSD. 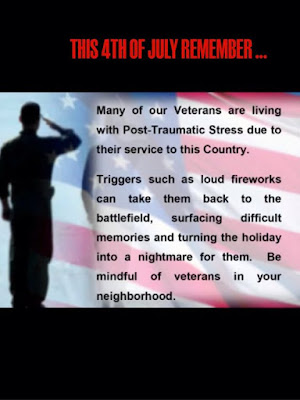 And as I was reading, the writer portion of my brain kicked in - and I started wondering, what about those suffering PTSD who also have something else going on.  What about those that are in the D/s community - a Dom or a sub - suffering PTSD?  Or what if it was someone who is gay?

That's what started the idea behind Broken Wings.  I could hear Gabriel shouting at me that he was "a submissive, but not a fucking pussy!"  He's a soldier, a submissive, a gay man, and he suffers PSTD.  He was captured, and the actions of his captors distorted and warped actions that were once (when safety and consensually done) pleasurable.  They took it to a deeper, dangerous, and damaging level when they whipped him.  In addition, they also performed other acts of torture.

In addition to suffering the normal PTSD symptoms, he also had other issues as a result, something that in a normal therapy setting he couldn't address fully.

As I was writing Gabriel's story, I needed him to join a therapy group.  Because PTSD can't be treated with a pill (unlike many of the other mental issues) - it's emotional in nature, rather than a chemical imbalance in the brain.  So therapy was really needed.  But what kind of group therapy could he join? He needed to find a therapy option that wouldn't judge him - the 'alpha male soldier' - for submitting to another man!

So he needed a group that was made up of those suffering PTSD who are also in the community.  But as he was talking to the other members of the group, part of the sessions would also be them opening up (to show he was not alone) - and as they did, other characters started talking to me.

Gideon/Drifter started talking first, then Will/Shakespeare.  Their stories started to slowly be told as well, briefly in Broken Wings, and eventually they will be fleshed out in their own books.  Gideon's is in progress right now (Songs of Yesterday), and I just met Will's guy.

And all of this goes back to just a chance reading of an article on the effects of fireworks on veterans with PTSD.

Want to read Gabriel's story?
Posted by Michelle Houston/Houston Michaels at 10:51 AM